Where the region of Gorenjska is ending up, and where the region of Primorska is beginning, there is Ski Center Cerkno. The slopes of Črni vrh, a mountain 1291 meters high, are a homeland of this new ski pearl, excelling by ideal geographic position, by good snow statistics (so far as natural and artificial snow is concerned), by 70 hectares of well prepared ski resorts by a convenient access, in brief, by all facilities which can be offered to the ski enthusiast as well as to the ski beginner.

At the top of the main lift station there is a beautiful, alpine style self-service restaurant with a large outside terrace and panoramic views all around. On a clear day you can see across to Triglav Mountain, the highest peak in Slovenia (2.864m). Above the indoor restaurant there is a childrens play area with caves, a slide, small tables and chairs, television and rest area. There are also six luxurious ski to door apartments adjacent to the restaurant with sauna and balconies.
In addition the ski centre has made a  snow fun park which was open in January 2010 for all adrenalin seekers, including half pipe for snow boarders and acrobatic skiers. 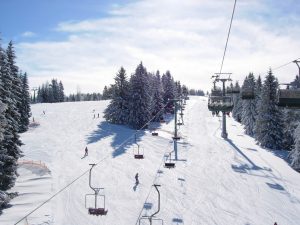 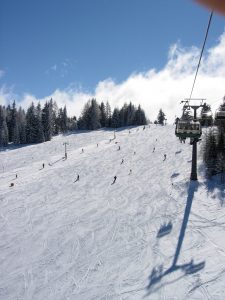 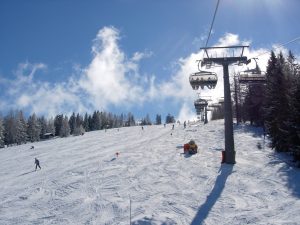 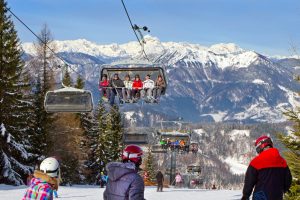 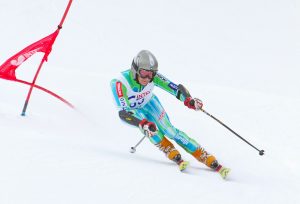 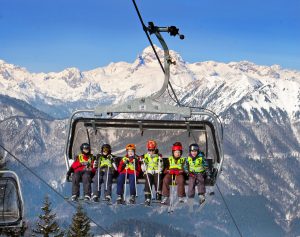